Every backyard party ought to include at least a few activities to keep everyone mingling. Get ideas for games that can provide some fun for all your guests.

Backyard games are typically fun, low-pressure activities that people of all ages can enjoy. You can make them available for guests to play if they choose, but you can also set up an organized competition and declare a champion by the end of the party. Consider offering some of the following games for your party guests.

A water balloon toss is a great game for a hot day because guests are guaranteed to get splashed. Prepare the water balloons before the party, filling them in a sink or outdoors with a hose. A large bucket can help you easily store and carry them. You will need one water balloon for every two guests. However, you should make a few extra in case some burst before the game begins. 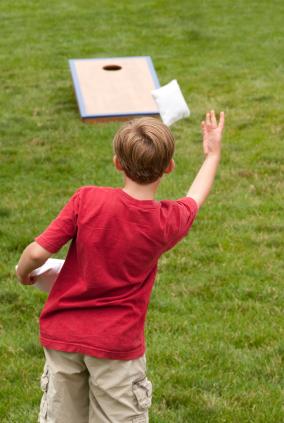 Cornhole is a fun backyard tossing game. The cornhole board is a slanted wooden surface with a hole at one end, and two boards are used to play the game. Players toss four beanbags at the board, attempting to throw each beanbag in the hole.

Ladder golf is another throwing game played with a game ladder and golf ball bolas.

Have a limbo contest! You can purchase a limbo set complete with music, but you can also have two people hold a pole between them for players to pass under.

If you haven't played horseshoes, you're missing out on a classic and wildly competitive game. If you're can get hold of actual horseshoes, all you need to do is drive a metal or wooden stake into the ground, and let players take turns seeing how closely they can throw their horseshoes to the stake. You can also purchase a horseshoe game set. 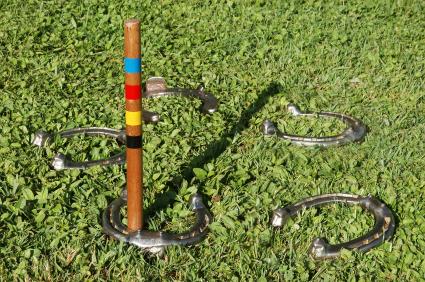 Hand players squirt guns, preferably super soakers that pack some punch, and let them take turns at seeing who is the best shot.

Everyone loves a little friendly competition, so planning some traditional backyard sports can also be a good way to get guests involved. Suggestions include: 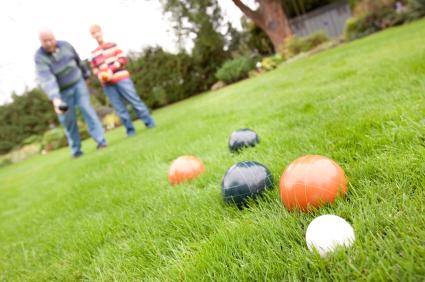 You can find supplies for all of these games at sporting goods stores and discount retailers. They are available at a range of price points, depending on quality. Look for all-in-one kits, such as those containing a net and equipment for both volleyball and badminton, to offer a variety of backyard party game ideas at your event.

Don't forget to add those fun backyard party games that kids and adults have been playing for years!

Whether you're hosting a graduation party, a family reunion, or some other type of backyard party, games give guests ways to interact and have fun. Consider the different ages of all your guests, and choose an assortment of games that will keep everyone entertained.