Mardi Gras, literally "Fat Tuesday," is intended to be a last celebration before the religious season of Lent. The decadent treats of Mardi Gras allow partiers a few more hours of culinary enjoyment before they must tighten their belts and make the sacrifices necessary to prepare for Easter.

The King Cake is braided sweet bread covered with icing and colored sugar. It is named for the Biblical Three Kings, in a nod to the holiday's religious roots. Inside the cake is baked a small trinket, usually a plastic baby to symbolize the baby Jesus. Whoever bites into the piece with the trinket wins the honor of providing next year's cake, is named the King or Queen of the party, or receives some other prize or "punishment" designated by the party's hosts. Recipes are available if you'd like to make your own cake, but you should be comfortable baking with yeast before attempting it. If you'd like to try a truly authentic King Cake, order one from a New Orleans bakery offering nationwide shipping, like Randazzo's Camellia City Bakery.

Paczkis were created in Poland, and they are basically fried doughnuts. During Lent, ingredients like flour and lard were forbidden, so the pastry was created to use up these substances on Fat Tuesday. Paczki appear in bakeries and grocery stores around Fat Tuesday, so you can add this Mardi Gras food to your celebration without even dirtying your kitchen. If you'd like to try frying your own Polish doughnuts, The Food Network provides a recipe. 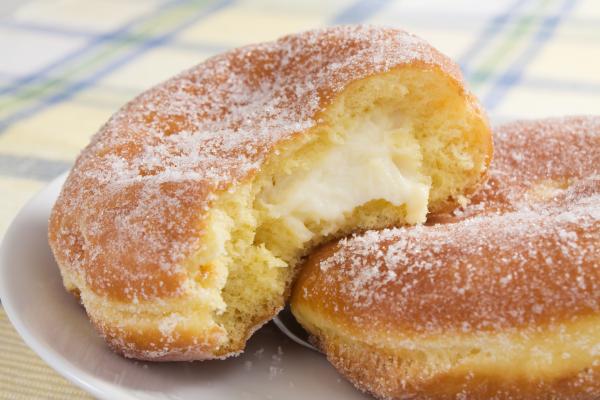 The idea behind this British tradition is similar to the genesis of paczki. In order to use up the forbidden ingredients of Lent, partygoers would enjoy a feast of rich pancakes. To truly follow tradition, the pancakes should be more like crepes in consistency. However, any type of pancake would maintain the spirit of the idea, the more decadent the better. This is your chance to enjoy fruit fillings, chocolate chips, and whipped cream with your breakfast food.

Gumbo is a thick and hearty Cajun stew containing a mix of tasty ingredients. Starting with a stock base, the soup may include several types of meat, a thickening agent like roux, and seasoning from bell peppers, celery, and onions. It is typically served over rice. Southerncooking.com has gumbo recipes, so you're sure to find a variety that's perfect for your celebration. 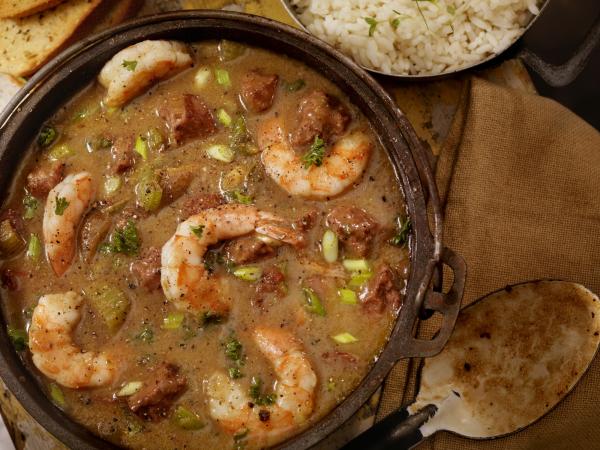 Bananas Foster is a popular New Orleans dessert featuring bananas cooked in a sauce made from butter, brown sugar, and alcohol. The final step in the cooking process is to ignite the rum in the sauce. If you feel comfortable with your cooking abilities, you can easily impress your party guests with this flambé. It is often served over ice cream, providing a contrast of hot and cold. Try an authentic recipe from Brennan's, a New Orleans restaurant. 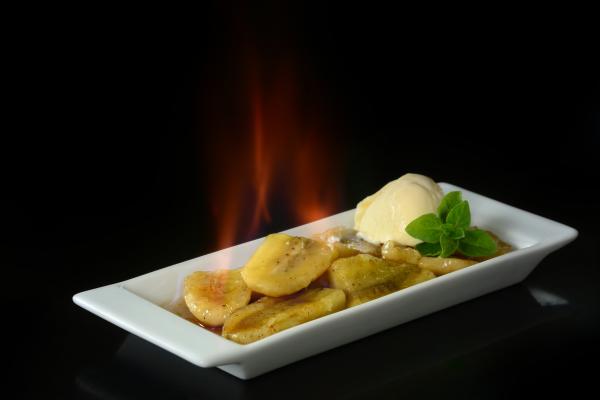 The beignet is a French-style doughnut popular in New Orleans. The deep-fried dough is commonly sprinkled with powdered sugar, although the beignet dough is sometimes filled with meat to make a fried appetizer instead of a sweet treat. Cooks.com offers a basic recipe, and packages of beignet mix are also available from specialty food retailers. 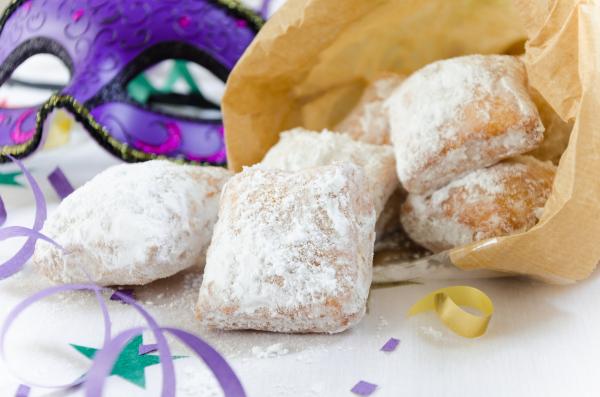 Perhaps it's because the region is so close to the Gulf, or maybe it's something in the French heritage of its people. No matter what the reason, seafood is an integral part of Cajun and Creole cooking, and it can make a great main course for your Mardi Gras foods. LoveToKnow Recipes provides a recipe for cooking Crab Creole Shrimp, while The Food Network offers its take on a Creole Crawfish Boil and a Fried Catfish Po Boy.

Whatever sweet or savory treats you choose to serve, throw caution - and your diet - to the wind in the true spirit of Mardi Gras. Eat the foods you love in moderation before Lent begins.