Whether you're marking a religious ceremony, such as a confirmation ceremony, celebrating a holiday, or just looking to add some wholesome activities, religious party games are a must-have for your next event. Try out a few of these original and poplar religious themed games at your next soiree. You can even buy religious themed card and board games.

Jesus was a fisherman that spoke many truths. Allow your guests to be fisherman too in this hilarious and fun Jesus fishing game. To get the fun started, you'll need: 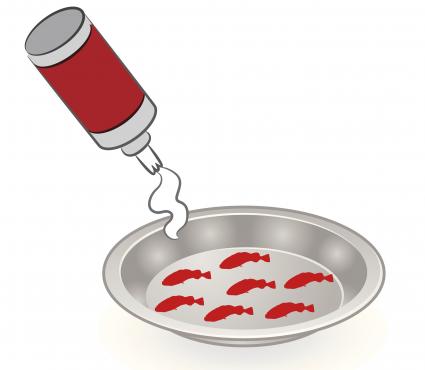 Get the Party Started

Your guests are going to be a fisherman as they fish for the Swedish fish, pie-eating contest style.

Sometimes you need a good icebreaker for your party or just want a fun icebreaker game to get people knowing each other. Get started on amazing friendships through this chain game. For this game, you'll want to have:

Not only will everyone be learning about the different books and verses of theBible, but they will be making new friendships as well.

This game will get your guests moving, and it is a fun way to help teens, kids and adults work together to remember their Bible verses. To play your going to need:

Before making your teams, you're going need to write various Bible verses (just the verse, no book, chapter or verse numbers) on the paper. Roll the paper up and slip it into a balloon and blow it up. Now it's time for the action.

Looking for known games with a religious spin to entertain your guests. These easy games can be put together in a snap.

The dreidel is one of the most traditional religious party games, commonly played during the Jewish holiday of Hanukkah. Players take turns spinning the dreidel, a top with four sides. The Hebrew letters printed on each side direct the game play. If the dreidel lands with the nun side facing up, the player does not do anything on that turn. If it lands with the gimmel side upwards, the player wins the pot. If the hey side is facing up, the player receives half of the pot. If the shin/peh side lands face-up, the player adds one coin to the pot. Players can fill the pot with actual money or foil-covered chocolate coins known as gelt to keep the original gambling feel of the game. However, any small object will work.

Bingo is another popular party game choice. You can find a few pre-made Bingo packages with Biblical and Jewish themes. It's also very easy to make your own Bingo cards featuring pictures or words related to your party occasion. For example: 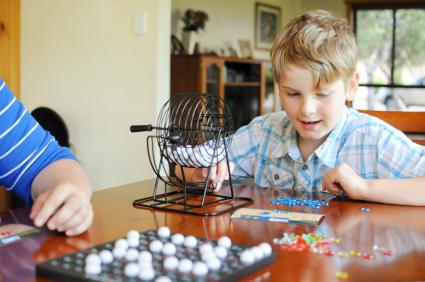 Guests of all ages can enjoy a game of Charades or Pictionary. By creating your own list of words and phrases, you can maintain the religious atmosphere and focus. For example, you might try topics like:

If your party is in honor of a special occasion, such as a bat mitzvah, make sure the topics highlight the event. 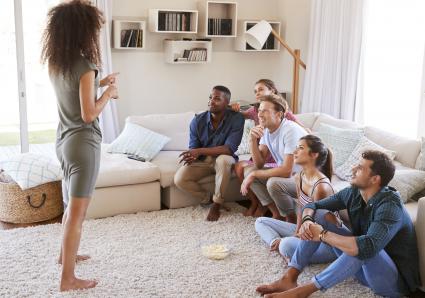 The story of Noah's Ark can be used to inspire party games. A variation on Pin the Tail on the Donkey could involve placing Noah or some of the animals on an ark poster. A matching game with pictures of animals fits the story of the animals entering the ark two by two. Guests can try to create animal pairs in a variation of Go Fish or match up facedown cards in the style of Memory.

Guests will have fun putting their knowledge to the test. There are a number of Bible trivia games available to purchase. Even if you don't use the game boards or follow the exact rules, they are a good source for questions. You can also make your ownBible trivia questions tailored to the event you're celebrating.

You can find Bible versions of the following popular board and card games:

You can adapt any game to the size of your party by forming teams; a four-player game instantly accommodates many more.

Celebrate Your Faith in a Fun Way

Whichever option you choose, religious party games offer a way to incorporate your beliefs into the fun. Choose a few of these games to work into your next celebration.