Each year, Mexicans celebrate their independence from Spanish rule on the anniversary of Grito de Dolores, which begins on September 15 and ends the next day. This holiday is a bigger celebration than Cinco de Mayo and is celebrated with plenty of parties and festive decorations.

Similar to the United State's Fourth of July, Mexico's Independence Day is celebrated with food, parties and fireworks. This holiday is the largest in Mexico and is observed by Mexicans all over the world.

On September 15 at 11 p.m., the eve of Independence Day, the President of Mexico rings a bell from the balcony of the Mexican National Palace. He yells to the crowd below and they respond by saying Viva. This goes on until after a third time, everyone yells "Viva Mexico." The people then wave flags and ring noisemakers. The Mexican anthem is sung and fireworks are set off to light up the sky.

Other activities that are part of the festivities are:

Music is another big part of the celebration. Mariachi bands can be found playing traditional Mexican music while people sing and dance.

While these elements are traditional in Mexico, the holiday is not celebrated the exact same way everywhere. People all over the world can still celebrate this holiday by incorporating traditional Mexican elements into their own celebrations. 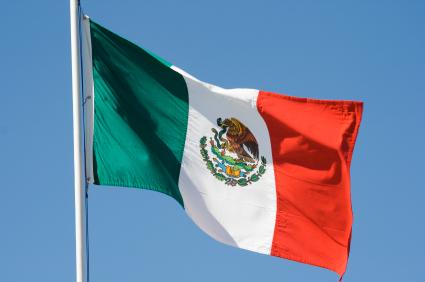 True for any celebration, decorations can add to the mood of the party and set the tone. Some common decorations that are a part of the Independence Day celebration are:

In Mexico, you will find street vendors selling items on almost every corner. These items include silly string, confetti, whistles and toys. Buildings, cars, streets and houses are all decorated for the occasion.

Traditional Mexican costumes are another part of the celebration. People can be seen in traditional native clothing and as well as in sombreros. 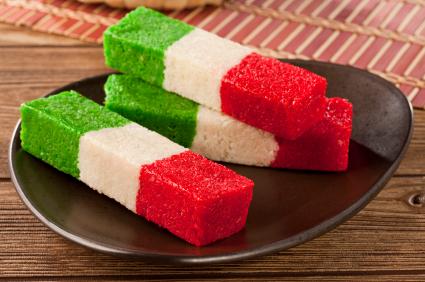 Food is a very important part of Independence Day festivities. In Mexico, you will find plenty of street vendors and restaurants featuring a selection of traditional Mexican fare. Many decide to prepare food at home to serve at parties. Some traditional food for a Mexican Independence Day party includes:

Having a variety of games and activities can add an element of fun to any celebration. For an Independence Day party, consider the following:

The perfect compliment to any Mexican Independence Day celebration is fireworks. The sky is lit up on the eve of Independence Day each year to celebrate Mexico's independence. This is when the real celebrating begins and people enjoy the meaning behind the holiday by indulging in a variety of treats, music, and drinks. The celebration continues onto the next day when people enjoy a variety of activities, including a parade.